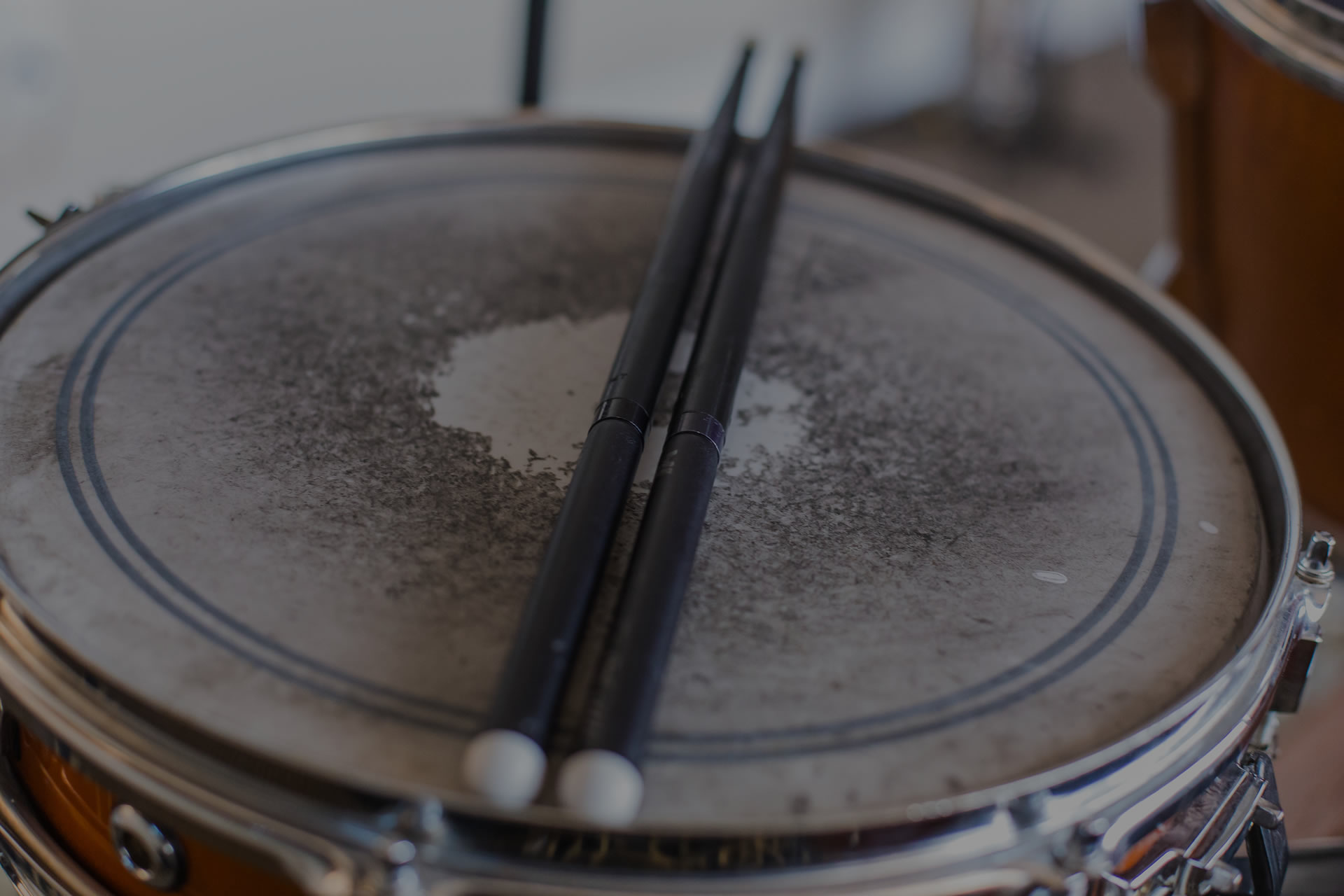 The drums and percussive instruments are among the oldest instruments used by humans. Many
cultures across the world use drums for ceremonial, cultural, and entertainment purposes. Whether a
hollow log, an upside-down pan, or simply the side of a cheek, humans have been using drums for
thousands of years.
Ethnomusicology (the study of music in its cultural context) separates drums into two primary categories
membranophones (sound is produced primarily through a vibrating membrane) or idiophones (sound is
produced by the entire instrument vibrating). Drums are frequently unpitched, or produce only one
pitch, requiring the performer to have a significant understanding of rhythmic devices, subdivisions,
meter, swing, groove, and accents, to produce meaningful music. This helps the performer to develop a
strong sense of rhythmic understanding, in their performance, music reading, and aural understanding.
Percussion and Drum Lessons can be a strong choice for kids with high energy, or an affinity for loud
noises.
Essentially, any instrument that is struck percussively is a drum, and they come in all shapes and sizes
(even pots and pans, which is where many drummers get started). Originally hollowed out wood,
stretched with hide, usually cylindrical, drums can also be goblet shaped, bowl shaped, cone shaped, or
a combination of one or more of these shapes. Drums are a loud, physical instrument, present in almost
every style, culture, and time-period of music, for as long as humans have been making rhythmic sounds
together. Being loud and physical, the drums are a perfect outlet for intense emotion, as well as
developing coordination and an internal sense of rhythm. Studies have even shown that playing the
drums can help returning soldiers deal with rage and violent urges, or other PTSD symptoms related to
seeing battlefield action.

Drums were traditionally used to help keep marching troops in step, motivate soldiers, signal formation
or strategy changes during battle, and to intimidate enemies. These traditions are clearly visible today
in the military-like formations and style of the modern marching band, seen at football games across the
nation. The Marching Band Drumline is one of the most popular uses of modern drums, helping to add
energy and presence to a marching band, or enliven teams to play their best in games.
The development of the drum set began in the 1800’s. Previously, individual percussionists would play
each type of drum or cymbal. Throughout the 19 th century, various setups were tried, using mixed sets
of sticks, various arrangements of drums, or foot pedals, allowing percussionists to double up and play
more than one drum simultaneously. As we entered the 20 th century, the kick pedal was developed for
both the bass drum and hi-hat, freeing up a drummer’s hands to play the rest of the instruments,
including a snare drum, standing and mounted tom-toms, mounted cymbals, cowbells, and wood blocks.
This technological development has helped drums to retain their presence in every genre of modern
music, making it one of the most popular modern instruments.
As we progressed from the 20 th to 21 st century, even more developments helped with the popularity of
drums. Electronic drums expanded the sound palette that drummers could use, and recording allowed
us to create simple loops of drums to include with composition, allowing non-drummers to make use of
this valuable area of music. Samplers allowed creative musicians to capture and rearrange drum sounds

from music at will, creating new patterns and ideas, contributing to the development of electronic music
and hip-hop. Sampling, programming of drum grooves, and use of loops are now extremely popular in
computer composition.
At Rocky Mountain Academy of Music, our highly qualified drum and percussion instructors can help
take your playing to a new level. Drum lessons with us are more than learning a simple rock beat, our
instructors can help you read music, prepare for auditions, expand your performance to other modern
percussion instruments, or simply help you refresh your rudiments and technique to get the most out of
your drumming. Call today to schedule music lessons with our award winning drum instructors!